Eating too much sodium can lead to many health problems, including high blood pressure. Each day people are eating foods with surprisingly high sodium that they don’t know is possibly harming their heart health. 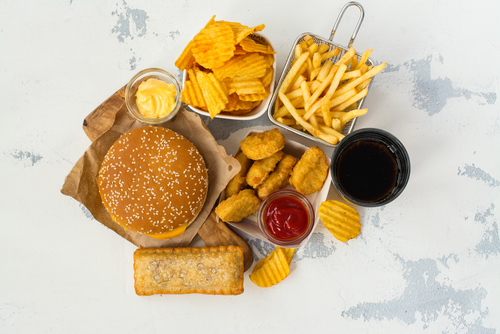 Americans love adding salt into their meals. It enhances flavor and makes certain foods more bearable to eat (looking at you broccoli). However, this level of salt adding is detrimental to people’s health.

There are some foods that people eat quite often, healthy or not, that have high sodium content.

Americans love pizza. In fact, over 3 billion pizzas are sold each year in the U.S. That’s over 251 million pounds of pizza!

Pizza is often touted as being fatty and greasy, which is generally true. But pizza is one of the foods with surprisingly high sodium, too.

In one slice, you can get more than half of your daily salt intake. Most people are eating 2-4 pieces of pizza, meaning that you easily go over the recommended amount.

Sandwiches can be healthy options compared to fried foods and freezer dinners. Just be sure to go somewhere will fresh cut turkey and whole grain bread.

Both bread and deli meat turkey can be extremely high in salt. Salt is a preservative, so companies add it to their recipe to be able to have their products last longer.

Soup always feels nice when you’re sick or it’s cold outside. It also goes great with sandwiches! But soup is a silent sodium food.

Many people avoid cream based soups because they’re higher in calories and fat, but water based soups can be high in sodium.

Just one cup of soup can contain 940mg of sodium. Try to make homemade soup or find cans marked as low sodium.

Who doesn’t love Taco Tuesday or a freshly wrapped burrito? These foods are tasty and not overly unhealthy, depending on what you add to them.

Because of the sauces, cheese, and meat seasoning, the salt content of these foods is pretty high. Be aware of what’s going on your food and to not add extra salt.