Blood pressure is a dangerous health issue that affects about a third of the United States. Doctors and health experts will tell you that poor diet, lack of exercise, smoking, and stress are main factors for developing high blood pressure. While that is factual, there are a few other surprising causes of high blood pressure. 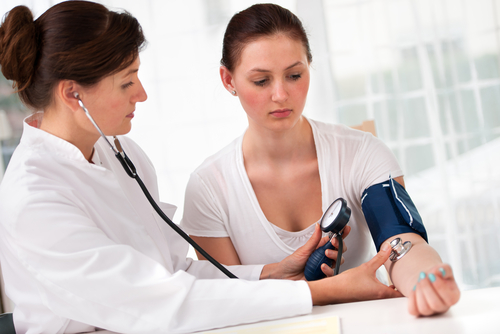 A recent study done by researchers from the Heinrich-Heine-University in Dusseldorf, Germany studied 41,000 people from Norway, Sweden, Denmark, Germany, and Spain. They gathered research from these subjects at the beginning of the study and again for a follow-up ranging from five to nine years later.

The researchers found that in the most polluted city, an extra 1 of every 100 people living in the area will most likely develop high blood pressure compared to people living is less polluted areas.

For three different two-week period, the researchers measured the air pollution in each city. They also measured the traffic density around the participants’ homes.

Participants that lived where there was a higher pollution level were much more likely to report themselves as developing high blood pressure.

At the beginning of the study, none of the patients had high blood pressure. However, by the follow-up, 15% of the group had developed hypertension.

The lead author of the study and professor of environmental epidemiology at Heinrich-Heine-University, Barbara Hoffman, said:

“Our findings show that long-term exposure to particulate air pollution is associated with a higher incidence of self-reported hypertension and with intake of anti-hypertensive medication. As virtually everybody is exposed to air pollution for all of their lives, this leads to a high number of hypertension cases, posing a great burden on the individual and on society. Exposure to traffic noise shares many of the same sources with air pollution and so has the potential to confound the estimates of the adverse effects of pollution on human health. However, this study controlled for traffic noise exposure and found that the associations of air pollution with hypertension did not vanish. This is important because preventive measures for air pollution and noise differ.”

The study shows that there may be surprising causes of high blood pressure, such as pollution and traffic noise. However, more specific studies will need to be done to better prove the correlation with hypertension and these factors.